From the motel in Coos bay we took a detour back to the 101 through a very beautiful area where unfortunately there was a lot of logging. Then we took a small offroad trail just to have some fun. That all went fine but at the (again nicely asphalted) driveway of the 101 I fell over with motorcycle and all. It was very windy that day and I was standing on the sloping side of the road. With so much luggage, it quickly happened when a gust of wind passed. My leg was bumped and my shin is now pretty blue and thick. Well .. shit happens I guess! We continued to the westernmost point of North America. I liked that because years ago I was on the easternmost point of Australia. The same lighthouse stands on both points haha. Camped in a windy forest and had my leg up for the rest of the afternoon with a cool pad (ok a wet, cold toilet roll haha) on my bruises to further limit the damage. Erik saw a humming bird and I saw a pocket gophet on the road. A what? Yes, that is a kind of rodent, smaller than a raccoon but larger than a weasel, and looks a bit like a mini marmot, funny animal, and we also saw a banana slug (banana snail, yes, yes) hihi. With all those beautiful campsites in the forest you don’t have to do much to spot wildlife. Just sit still for a while and they will come to you.

What is also nice. At that campsite I started cooking and photographing vegan recipes for a cookbook. For a while I had already planned to make a start with a Ratjetoe vegan travel cookbook and before I left I already made a mood board and small set-up. The idea is to use recipes from multiple trips, including our vans and sailing trips. If someone has something that he says ..” well you should really try that, that would be nice for the cookbook”, then I like to hear it. I will just drop a few catchwords for those who want to think along. Ok think of: vegan, local ingredients, organic, campfire, one-pan dishes, simple, outdoorsy, campfire cooking etc..etc ..

The next day we drove along beautiful coasts again, and at the end of the afternoon we drove into the state of California. There was suddenly a border check on plant material! But fortunately we vegans were allowed to drive on hihi. Found a spot at a campsite on the beach and drank a glass of wine on the fact that we were traveling for exactly 3 months. From the day we rented out our house and went to Spain. Time flies when you are having fun. Certainly the last few weeks feel like we have been on the road for months. While a week in the Netherlands sometimes passes so quickly. We also sleep somewhere else almost every day, talk to all kinds of people and experience a lot. Sometimes I really have to think about where we slept the day before yesterday and whether it is Tuesday or Wednesday today? .. That evening we went to bed early because the next day was our wedding day and we wanted to go to the Redwood forest.

On our wedding day we got up with thick fog (no, not the fog you experience after a bit to much wine the night before). And that did not decrease. I doubted whether it was a good idea to drive but because we knew that the road would go inland (and it would probably be sea fog), we decided to just try it and turn around if it was too bad. Fortunately it was not too bad and it disappeared a few turns further on. Someone advised us a nice campsite really inside the Redwood forest itself but we had already seen that it was full online. Anyway, drove there to try it and we were lucky! The camping ranger said that she had one place left, which she should actually keep until 2 pm, but that she had just decided to give it away to the first one to come. And that was us. Jippie! A lucky thing on our wedding day! Set up a tent and made a walk to Stout grove. There they stood, the tallest trees I have ever seen. What a spectacle! I wanted to see the sequoias for a long time, ever since I read an article about them in the National Geographic some time ago, where there was a fold-out poster that consisted of several photos stuck together because they are so high, 115 meters, that it is impossible to get them on one photo. It was very impressive! After the walk we took a dip in the river.  Ate some good food with good Californian wine and made music by the campfire with all our chipmunk friends. A wonderful day.

The next day also started well. On the map I had found an off-road trail that ran through the sequoia forest, along the river, 15 km long. So we drove it and it turned out to be a beautiful route! For me 15km of biting dust behind Erik haha, but with an occasional swipe over my visor I got there. These are the nicer routes though!

Then drove to a gas station to refuel. And yes, I dropped my motorcycle again. But this time it was worse, I caused a small natural disaster, yes I did! I had already removed my fuel cap and was waiting for Erik to finish fueling up his own bike. But it was a very awkward hose and that is why it took a long time for Erik, so I thought “I will just get off the bike to see what is happening” And then my bike tipped over, with the fuel tank open. The gasoline spilled out across the floor, and I ran away from the bike, frightened to get it over myself. Making the natural disaster even longer than necessary! When we had the bike up again, half the tank was empty of course. I felt so ashamed, but strangely enough, hardly anyone noticed. We drove off quickly to another gas station and we had more success there. Fortunately, gasoline evaporates quite quickly. So you see, I am not a saint either. For weeks you never tip over the bike and then suddenly twice in a week. I myself wasn’t injured this time, except for a dent in my ego. Gas stations are dangerous places for me, by the way. They have veggie buritos. And those things are so delicious .. Even better, they eat them here all day long, lunch, dinner but also breakfast buritos. This is not a good thing. Because they will probably only get better if we go to Mexico numnumnumnum!

That day we drove through a tree haha, and then we found a campsite on the beach. There we saw, when we quickly hung up our laundry in the evening,  a skunk walking behind the tent! Wow! For a moment I thought he was going to spray us because he had raised his tail so nice and high, but that happily didn’t happen. To our right were people from the Amish community. Complete in traditional costume. It looked so beautiful, we secretly tried to photograph them, but we didn’t quite succeed. When we walked to the bathhouse this morning, they were singing together in their tents. Behind us stood a man who grew up in Santa Cruz. He came over for a chat and was good company. Very enthusiastic about our trip. He told us about his childhood in Santa Cruz, how they skateboarded there and surfed before it became crowded and exploited. It must have been nice to grew up in that area, I can totally imagine.

In Generally. A word about the people here. Honestly I think for Europeans it is quite difficult to go to the USA without prejudice. You quickly think of fat, noisy people when you think of America. Or you think “what is wrong with those people that they have chosen such a president?” We do get a certain idea of the people here through the media. Having said that, so far we have come across only really nice people. Sporty, outdoorsy people, in pickup trucks with canoes and mountain bikes. Or the more rugged types, men in lumberjack shirts with long beards and hats and so on. And many motorcyclists of course, who welcome us to the USA. Same goes for Canada by the way, so many nice/interested people. Many people here apologize for their president and seem to be really ashamed of him. Every day we are approached about 5 times by people who like what we do and are curious. We get lots of tips. Sometimes a muesli bar and occasionally even a free place to sleep. We are now about half the route that we travel through the USA but so far nothing but nice, sweet people ..

Anyway .. Today we drove about 100km over the 101. And to be honest this wasn’t the nicest part. But maybe we got spoiled. We are now about 400 km from San Francisco and the beautiful quiet 101 has  turned into a two and sometimes three lane road. But no worries. We are now at a campsite just before the start of the Avenue of the Giants. That should be a beautiful road again with even more redwoods swinging around the 101. From the end of that road it is another 50km 101 and then we change in Leggett to the 1, along the coast towards San Francisco. Our timing is very bad again, because it is  labor day weekend, a long weekend to celebrate work, in which there is no working (eh.ok haha?). So we will probably stop somewhere for a few days and sit out labor day weekend first so that we can go to San Francisco after the weekend. Tonight our tent is on holy ground, holy campground actually. There are two buildings on this campsite that they call gazebos, with a large wooden cross on them. There are cars with “Jesus saves” texts and the campsite regulations state that the campsite is not responsible for damage caused by natural disasters or “any act from god” so .. I think at least one natural disaster has already occurred here. All the trees here are on the remains of much larger, felled sequoias with fire damage. Extraordinary sight. No campfire may be made and where normally there are firepits, here there are fire hoses everywhere. Since we don’t have a flashlight yet, and now also no campfire, I think we will go to bed early tonight.. 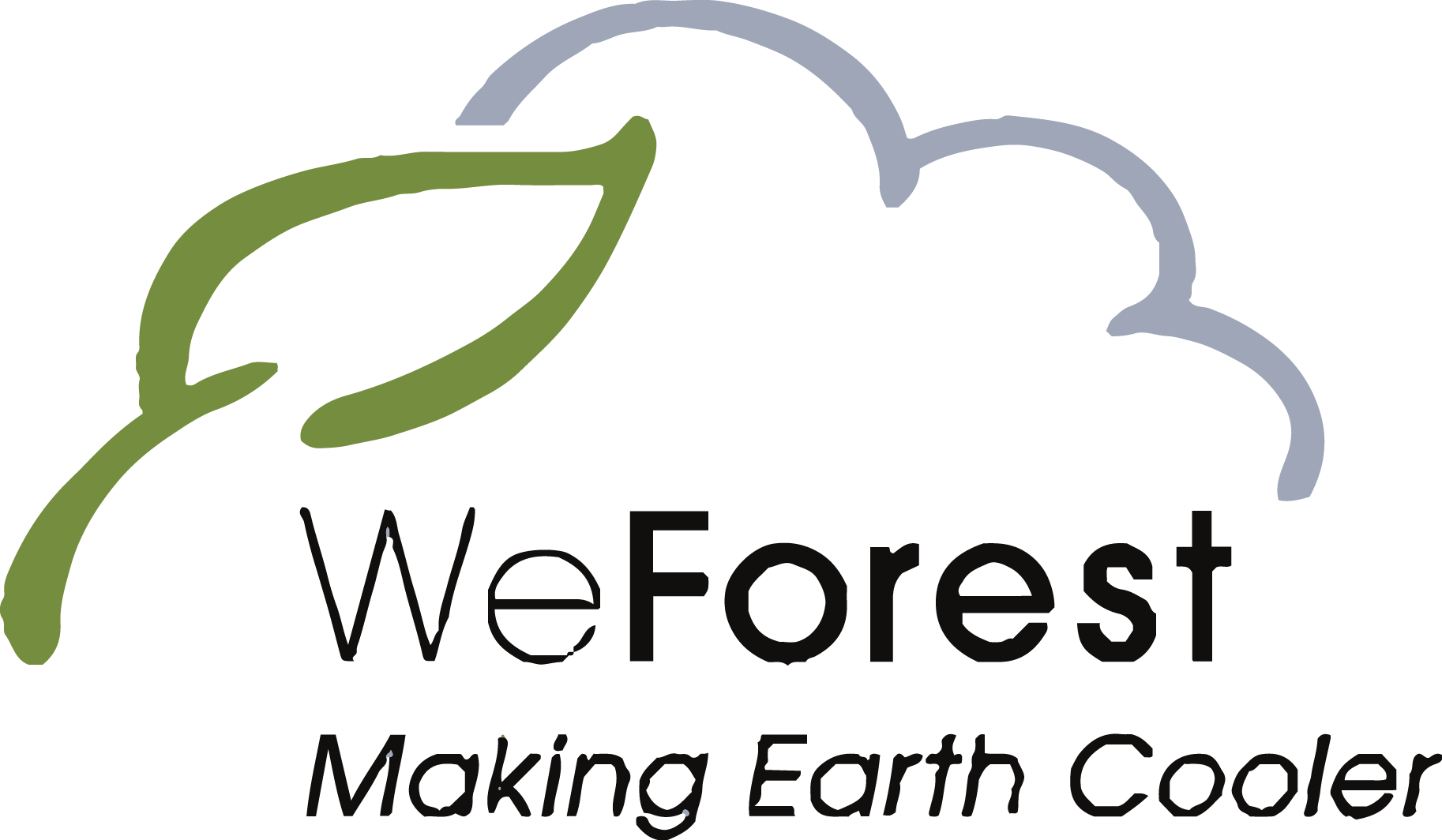